The all-round piling and drilling rig LRB 16 owes its name to the sledge’s travel distance of 16 m. It convinces with compact design and low operating weight, which results in low ground pressure. This ensures quick set-up on site as well as flexibility in transferring the machine between different jobsites. One of the most frequent types of application for the LRB 16 is the installation of slurry walls. Additionally, the machine is suitable for… more →

The LB 16 unplugged is the first battery-powered drilling rig in the world. With the electro-hydraulic version, Liebherr presents the deep foundation machine with alternative drive concept. The innovative Liebherr model is operated by battery without a cable, therefore: unplugged. There are no restrictions in performance and application of the LB 16 unplugged when compared to the conventional version. The battery is designed to last for a 10-hour working day and can be simply recharged… more →

With the LB 45, Liebherr presents its successor to the proven drilling rig LB 36-410. Its torque is 450 kNm – a 10 % increase in comparison to its predecessor. Various methods such as Kelly drilling, continuous flight auger drilling, partial and full displacement drilling or double rotary drilling can be applied. Despite of its large machine class the upper carriage is compact and designed for small working radii. This allows for working at jobsites… more → 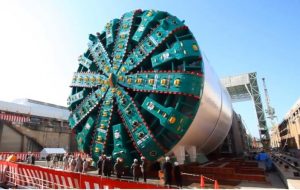 Named after Seattle’s first woman mayor, Bertha is what is known as a soft rock TBM, as opposed to a hard rock TBM. The latter, as the name suggests, is essentially a big rock drill designed to bore through solid granite or something equally nasty. That’s not to say that Bertha had an easy time of things. Far from it. Soft rock TBMs have to contest with sand, which can be as damaging to machinery… more → 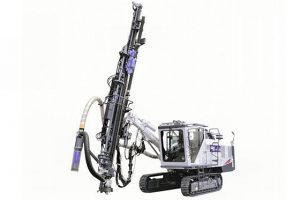